In 1989 a group of prisoners in New Jersey calling themselves the Prodigal Sons and Daughters foresaw a crisis of drug distribution, substance use, violent crime and mass incarceration on the rise without a proven methodology in place to combat it. While government and law enforcement were pushing for more stringent “get tough on crime” policies, PSD was constructing a system based on actual experience and empathetic to the entire scope of the social, ethnic, economic, academic and legal conditions that contribute to the present atmosphere. PSD recognized crime as much a social disease in America as alcohol and drugs

and in the spirit of Alcoholics and Narcotics Anonymous should be treated as a psychological and emotional disorder; especially given that 3/4 of the incarcerated struggle with a related substance use, mental and/or behavioral health challenge. PSD concluded that time nor the confidence of government or law enforcement was in their favor to prove their theories, therefore they adopted a self-help philosophy, constructed a curriculum, programs and services to match the needs of the formally incarcerated and returning citizens; their families, the community and society in general. The result is a 12 week Life Skills/ Mentorship Training Program, PSD Behavioral Health, PSD Aftercare Systems and PSD Industries. All created and operated by former incarcerated individuals and Fraternal Members of PSD.

35 years ago PSD committed to the belief that a “Core Group” of formally incarcerated and returning citizens; remorseful and seeking redemption could be instrumental in relaxing the atmosphere for social acceptance over time. In writing, the group carved out a description of the first fruit of this idea.

They accessed that in each stage of qualification loses were to be expected and were necessary to set high benchmarks against failure; necessary in establishing a way or identifiable alternatives to the criminal career.

By 2005 (16 years later), the group had a satisfactory model and were prepared to present it to the public. Until that time all preparation and testing had been done in a vacuum and funded out of pocket. …

Understanding society’s hesitance to embrace former offenders, PSD committed itself to embracing collaborations with established organizations. This gave PSD the opportunity to compare what their experience offered verses what had previously been the standard life skills and mentorship styles.

This firsthand experience of the psychological, emotional and sociological challenges former offenders face; in and out of prison, coupled with the lack of attention given those that remain free (1/3 do not recidivate) and go on to become contributing members of society, put PSD in position to exploit the value of this population.

From this was born the 100 Successful Formally Incarcerated Seminar and Workshop concept; which is a demonstration of the commitment of a number of returning citizens to step away from the revolving door of recidivism and teach others how to do it as well. PSD has long catered to the unique possibility of an Offender Lead Self-Help System. The experience would give PSD the data to structure a tailored program that would guide the former offender from prison to power by their own conviction and merits.

100 Successful Ex-Offender Seminar and Workshop
The objective of the 100 Successful Ex-offender Seminar and Workshop was to bring together former offenders that had transitioned and stabilized their lives with those newly released former offenders that were in the early stages of their transition. In addition, employers, family members and collaborative agencies would participate to offer support services, instruction and resources based on an agreement that the former offender’s contribution would be instrumental in the future success of the business.…

If the numbers are true, that in Essex County, NJ alone, 2,000 former offenders are released to the public each year; that means on average 166 each month; 1/3 will not survive beyond 6 months and 2/3 will fall victim to recidivism (or worse) in less than 2 years. The remaining 1/3 (666.6 each year or 55.55 each month) will survive on the streets, but in questionable conditions.

PSD created the seminar and workshop as a crash course screening, monitoring and mentoring agent to determine those prepared to take the initiative toward a self-help approach; which represents the second of a three step success component, the former being self-awareness and the latter self-sustaining. PSD’s ultimate objective is to motivate, advise and assist in re-entry transition by equipping former offenders with the thinking, steps and actions that are the basic building blocks of human survival. PSD’s ultimate goal is to expand on aftercare through a lifelong commitment to a fraternity whose values are personal advancement, family and community service.
The project was adopted for 6 months, starting April 2007 and continued to October 2007. The experience revealed that an extended program of life skills and mentorship training would serve significant good in preparing former offenders mentally and emotionally for the ever evolving demands of freedom.

The request for services that resulted from the seminars came from ex-offenders, family members, associates and agencies. It more than justified the need for the PSD Life.

Skills/Mentorship Training Program; not simply with former offenders in mind but the people whose lives they affect, and those liable to them.

The Fraternity (established membership and staff) as official representatives of the organization have had to master additional areas of organizational infrastructure qualifications such as:

This training is essential to the expansion of the concept and practice. ... The Fraternity is comprised of 5 teams of 5 members which the student graduates are divided between (20 students to each team). They supply the leads and example for the student graduates to duplicate the PSD System for acquiring what is needed to fulfill their personal goals. They are also offered the opportunity to become members should they desire to become regularly involved in the services the organization provides to the community or the growth of the organization. In either case, service to the community at least twice a month is a mandatory return for aftercare assistance over an extended period of time. For Student Graduates to become full fledge members of the Fraternity not only demands that they perform the practices taught through the Life Skills/Mentorship Training Course, they must also complete 12 weeks (1 class a week) of Membership Qualification Classes. The past two years have been an exercise in taking “high risk” individuals, troubled families and professionals at their wits end under the philosophy and methodology of an offender conceived and lead concept of forming an “all inclusive” society within society. What is needed for the continuance of the process is for each of these graduates to continue in this pursuit of sustaining themselves to fulfill their personal goals. PSD believes that 1 year of program support is sufficient. According to statistical findings former offenders have a greater likelihood of not recidivating if they can survive the first year. We estimate the cost to be at $3,000 per year, per person to provide the intense and sustained aftercare to meet these challenges. This is a “one time” cost verses the recurring cost of recidivism ($50,000 per year).
Support Packages
The following is a breakdown of services to assist the re-entry community towards a life changing experience of being a credit to society....
ABCs of Prisoner Re-entry

The Objective of the Prodigal Sons and Daughters Redirection Services, Inc. ABCs of Re-entry model is to achieve the following:

Who Benefits from this plan?
Everyone!.....

Costly repetitive cycle of more than ½ of all released prisoners

A. Prevention
B. Intervention and
C. Redirection = Reform!

What is the most effective way to redirect? 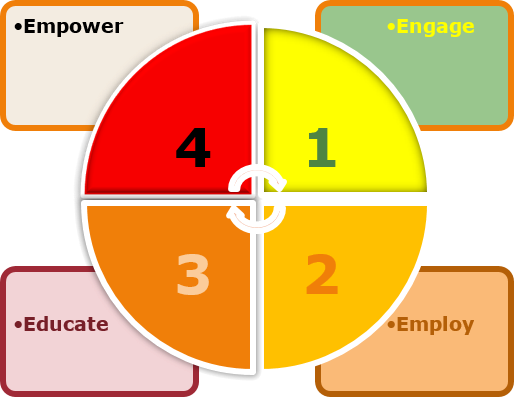 Snapshot of What We Do 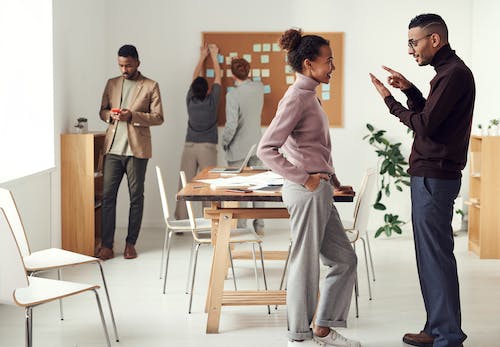 1. Start the Redemption Process During Incarceration

If the redemption and treatment process began as soon as offenders entered the prison, the Department Of Corrections would be credited with promoting reform and reconciliation. A PSD merit system and contract in place would encourage offenders to see the error of their ways and begin working towards improving themselves and demonstrating remorse. 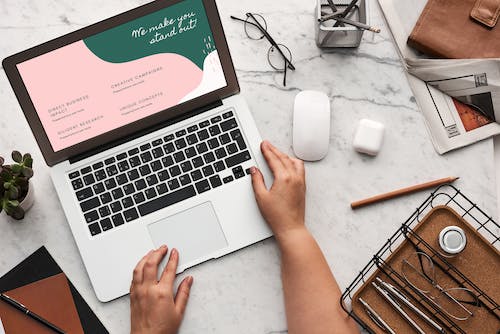 The goal of incarceration should be to correct behavior thru treatment. It is financially unlikely that an adequate amount of mental and behavioral health experts will ever be supplied to meet the needs of the 2.3 million prisoners. If a system of advancement and reward were in place where those who demonstrate a desire to improve themselves, follow the rules and mentor others exist, this would greatly influence the attitudes of prisoners to take responsibility for their futures and focus on becoming contributing members in their families, communities and societies. 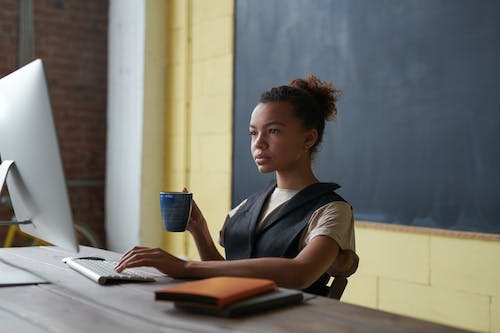 Getting families involved in the reentry process makes good sense for several reasons:
1. The family shares in the sanction imposed on the prisoner and are often left in the dark as to how the judicial process and incarceration procedures work.
2.The family has intimate knowledge of the offender that is important to tailoring the proper treatment for the prisoner.
3.There is a much greater chance the offender will take the commitment more seriously.
4. The incarceration will likely add some dysfunction in the family and counseling or treatment may be necessary.
5. The family is an unexplored resource that can go to work with PSD to prepare the environment for the returning citizen. 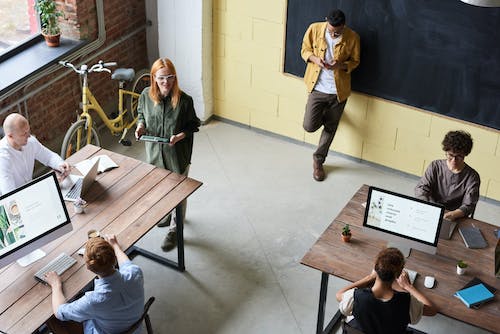 4. Prisoners and their Communities

With the help of the family, PSD will work to establish relationships with resources in the community that exist to serve the population, but also untapped resources within certain social circles that would benefit from the experiences, talents and skills of offenders. Under the PSD contract offenders will fulfill commitments to their community that will help in its’ revitalization. 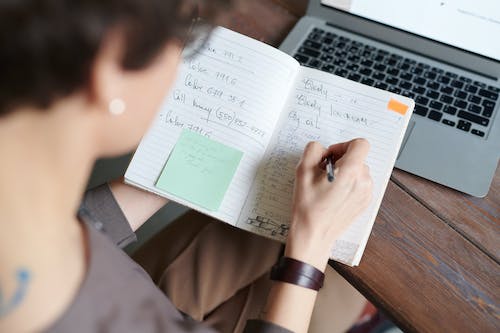 5. The Legal Role of PSD

PSD Legal, an advocacy department made up of volunteer lawyers and paralegals will assist families and individuals in legal matters from the point of being charged and all legal matters forthcoming. We will offer guidance and counseling to the families as part of our licensed clinical services, PSD Behavioral Health (which includes mental health and substance use treatment). Incarcerated offenders will have access to a toll free number to request assistance in legal matters effecting them at present. This toll free number is also a hotline available to the public with questions concerning legal issues. PSD will work with law enforcement, the courts, prosecutors office, public defender’s office, private counsel, probation, the Department Of Corrections, parole, programs, agencies, etc. to see that consumers under our care represent themselves to the best of their abilities. 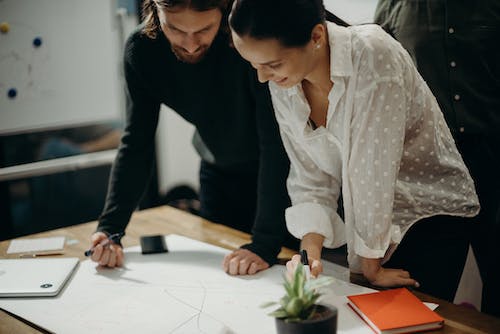 PSD Aftercare, a supervised living program is part of the PSD Membership and Fraternity. Participants (whether members or not) must agree to a criteria of self-improvements that denote advancements in education, training, finances, family and community in conjunction with PSD Industries. 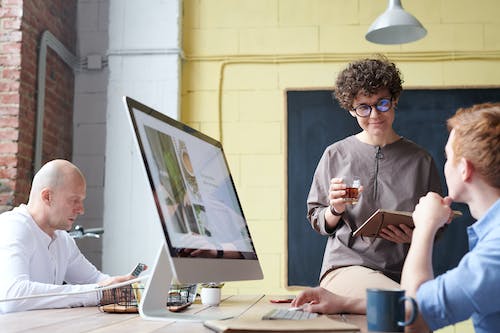 PSD will work with and through local, state and federal government to push for fairness regarding laws that adversely effect exoffenders and not in the best interest of all of society.